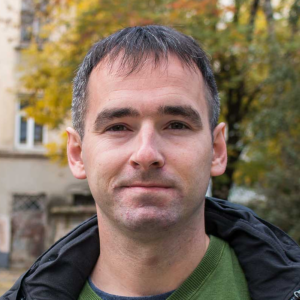 Things to see in Transcarpathia – The best places

Transcarpathia is a very special region in Ukraine. Here the Ukrainian culture meets the Hungarian and Slovakian, with influences of the Jewish and the culture of the Sinti and Roma. This makes the region unique and has provided not only a variety of things to see in Transcarpathia, but also a special cuisine and many festivals. Therefore, today we will visit with you the best places Transcarpathia.

Uzhhorod is the smallest capital of an oblast in Ukraine. Nevertheless, the city does not feel so small at all. It has a rich cultural heritage and some of the most beautiful things to see in Transcarpathia. Uzhhorod is by far the most beautiful at Sakura – the Japanese festival of cherry blossom. This is because the trees have been planted since the time when Uzhhorod, like large parts of Carpatho-Ukraine, belonged to Czechoslovakia. To this day, they turn Uzhhorod into a pink to purple sea of colors every year in April. In the local open-air museum you can see beautiful churches and traditional wooden houses that have been rebuilt here.

In addition to the majestic Greek Catholic Cathedral and the Uzhhorod Castle, the Philharmonic Hall, once the largest synagogue in the city and a testament to the rich culture of Transcarpathian Jews, is particularly impressive. As in much of Ukraine, most Jews were murdered by the Nazis and their helpers. Those who survived the war fled to Israel during the Soviet era or emigrated to the West so that of the once large Jewish community almost nothing is left.

Berehove is the city in Ukraine where the largest number of Hungarians live and is considered the cultural center of the Hungarian minority. Here half of the inhabitants are ethnic Hungarians and the city is also bilingual. There are Hungarian schools, a theater and also a Hungarian consulate. The local college is the only Hungarian-language institution of higher learning in Ukraine and is housed in the seat of the former regional court. You can also follow in the footsteps of the Jewish community and visit the local synagogue and mikvah.

Mukachevo is the second largest city in the oblast. There is less to see here than in Uzhhorod, but besides a cute downtown, you must come here for Palanok Castle. It rises above a hill near the city and watches over the entire region. For centuries, the Hungarian rulers of the region resided here. The Hungarian king Bela IV had the fortress built. Today, in the local museum you can learn everything about the lords of the castle, whose most famous representatives were the Rakoczi family and the Counts Schönborn. In the spacious area with the lower, middle and upper castle you can still feel like in the Middle Ages. Palanok is one of the best preserved castles in Ukraine.

Not far from Mukachevo the counts Schönborn had another castle built in 1890-1895. And what a castle! The Schönborn hunting lodge is one of the most popular photo motifs in the region and an absolute highlight among the things to see in Transcarpathia. The Schönborns used the castle mainly as a hunting lodge. When building the castle, which is reminiscent of French castles, the builders relied on astronomical figures. There are four wings of the building, with a total of 52 rooms and 365 windows. Plants from several countries were planted in the park of the castle, which can still be seen here today. Today it houses a sanatorium, replacing the glamorous flair of the castle with that of a provincial hospital. But at least the corridors of the castle are open to the public.

Even before the turn of the 20th century, there was a great demand for wood in Austria-Hungary. There was more than enough of it in the dense forests of the Carpathians, which is why count by the name of Popper came to the village of Vyhoda and built a sawmill there. To transport the wood from the forest his workers built a forest railroad. After the First World War the count disappeared. However, the forest railroad was further developed.

In the Soviet Union, the forest railroad even grew to a network of over 180 kilometers. Today, only a few dozen of them are still in operation. However, since 2003 there is a tourist train here. The small train is also called “Carpathian Tram” and transports tens of thousands of tourists through this section of the Carpathians. The small green trains are manned by four people, including a tour guide. Visitors can also learn more about the train and its history at the museum in Vyhoda.

The Borzhava mountain range is by far not the highest in Ukraine, but its landscape makes it one of the most beautiful. Several peaks rise here in a chain up to around 1628 meters. In the mountain village of Pylypets there is even a lift that transports guests almost to the top of the local mountain. Thus, the area can be easily hiked and the unique view of the Carpathians and the surrounding villages can be enjoyed. The very brave plunge from here with a paraglider from one of the mountain tops into the valleys. In winter the mountains are accessible as ski slopes through the lifts.

Shypit waterfall (see cover picture) is one of the most famous waterfalls in Ukraine. Located about six kilometers (4 miles) from the mountain village of Pylypets, the water that collects on Mount Hymba falls to the ground here. The waterfall is about 14 meters (42 feet) high and attracts many tourists. However, it is especially famous for a festival. Every year at the festival for Ivana Kupala in the night of July 7, hippies, other freedom lovers and alternative people gather here and camp, play music and consume legal and illegal substances. The festival has been celebrated here since 1993.

Located at the foot of Mount Ozerna at an altitude of almost 1,000 meters (3000miles), Lake Synevyr is the largest mountain lake in the Carpathians. Depending on the water level, the lake is between 4.5 and 7.5 hectares in size and up to 24 meters (70 feet) deep. In winter the water level drops, while after the snow melts it is particularly high. The lake has the shape of a rectangle and with the island in the middle, it really looks like the Blue Eye of the Carpathians, as which it is often referred to. In the nearby museum the simple life in former times in the mountain regions is presented.

Transcarpathia was part of Czechoslovakia from 1919 to 1939 as Carpathian Ukraine. When Czechoslovakia was broken up, Hungary occupied Transcarpathia. In order to protect themselves from attacks by the Soviet Union, the Hungarian occupiers built a defense line through the middle of the Carpathians. This line included not only command posts but also bunkers. One of these bunkers has been preserved until today and is even open to the public. During a tour you can explore the crew quarters and the radio rooms of the bunker in Verkhnia Hrabivnytsia.

One of the most beautiful natural things to see in Transcarpathia is the Valley of Daffodils. In this remote meadow there are over 400 species of plants to see, quite a few of which are on the Red List. Every year from the middle to the end of May the valley blossoms and there are hundreds of plants in full bloom to be seen. The valley is located only about 4 kilometers from the district town of Chust. With its many plants, it is considered unique in the world.

To see the most beautiful things to see in Transcarpathia, there are several options.

By car: The easiest way to see the things to see in Transcarpathia is by car. If you have not already entered Ukraine by car, then you can rent a car. At the airport of Lviv you will find many car rentals. From there you can plan a route for your trip and then return the car before the return flight.

By bus and train: Many of the larger towns, such as Uzhhorod and Mukachevo, have train stations. The smaller towns are often connected to the bus system. However, we recommend that you allow time to visit all the things to see in Transcarpathia. On the way you should definitely book some overnight stays.

With a tour operator: There are tour operators who offer tours of several days to Transcarpathia, for example from Lviv. These tours then usually take place with large tour groups. So far, there are no tour operators offering large bus tours at reasonable prices in English or German. So you can either do the tour with a provider who conducts the tour in Ukrainian. Then the tour usually only costs under 100 euros per person for up to three days. On the other hand, providers like my tour company Lviv Buddy offer trips to Transcarpathia for individuals, couples or small groups. Prices depend on the duration and type of trip, but cost at least 200 euros per day.

The West is the heart of Ukraine. In addition to many Western Ukraine things to see, some of the country’s best attractions can be found here.